The third weekend of June each year, the Knights of St. Fina evoke the traditional “Holiday Messium”, established with statutory sections entitled “De Ferriis Ponendis” of 1255 (II, 29) and the 1314 (II,11).

This feast, which was celebrated by the entire population as recurrence priority crops, was a source of fun with songs, dances, games, and fighting between samples on horseback armed with sticks (carousel sticks). One of the elements of “Harvest Holidays” (first organized in October 1994) Will be the big parade, in which colors, objects, and numerous characters symbolically express the relationship between earth and fertility. The ritual of the blessing of the horses of the four districts, the carousel of sticks, the game of tug of war, the medieval market, adhere as much as possible the Medieval Philology.
An event then capable of arousing the most diverse interests and things, which will see the city fall under a medieval atmosphere that is characteristic, with its streets and squares echoing cicalamente of women in the market and with the odors of wild herbs sacrificed in a ritual culinary, suiting the tastes of the audience who loves history and traditions. 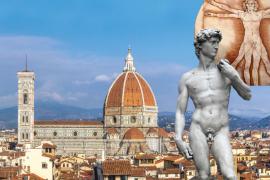 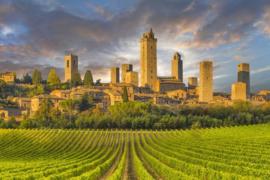